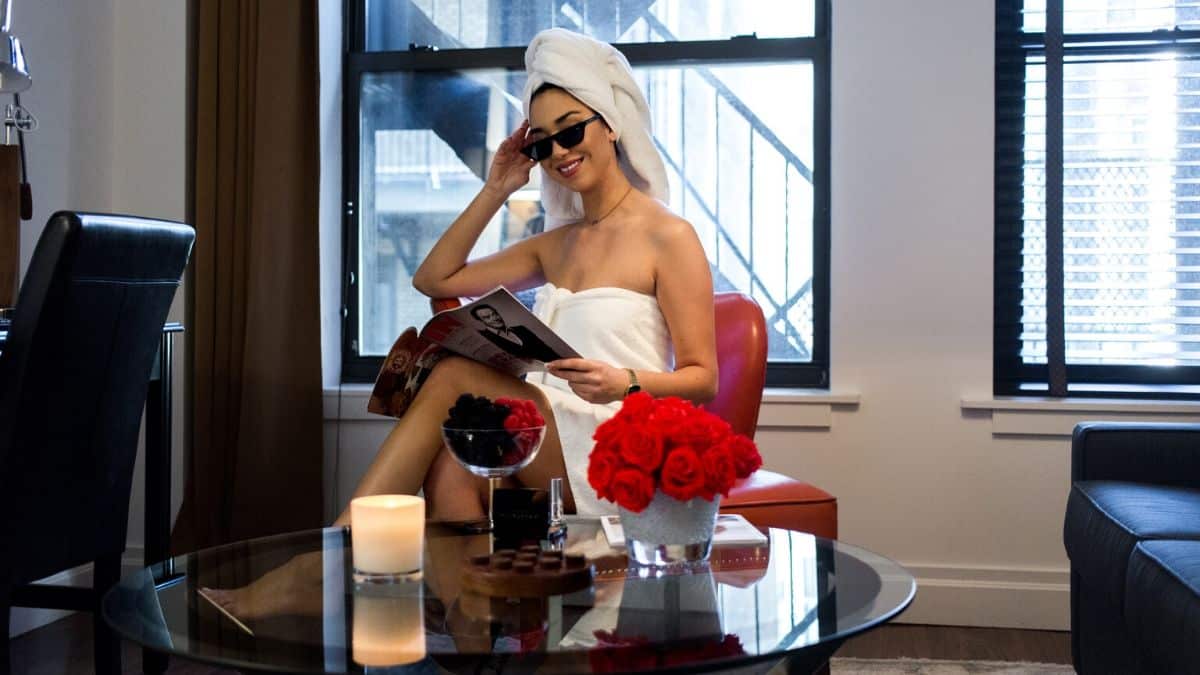 New York City sees 63 million visitors per year, making it one of the most popular destinations in the world. And if you’re lucky enough to live in the Big Apple, you might want to take a staycation in it and take advantage of all it has to offer.

No matter if you’re a visitor or a New Yorker, there are some things you can do to explore the city and relax and rejuvenate.

New York City is known for being fast-paced, but your vacation, or staycation, doesn’t have to be.

Read on for some amazing ideas for your New York City dream staycation.

Book a Hotel Room and Relax in Style

Avalon Hotel’s roomy suites are equipped with a jacuzzi in the room, meaning you can relax in literal style. Grab your favorite bath bomb and spend hours soaking your cares away in the tub.

Don’t lift a finger! And still enjoy tons of space, dining and a relaxing hot tub in the center of it all.

New York City is home to some of the world’s best theaters, full of talent from individuals who have worked their entire lives to perform for you. The Great White Way has something for literally every taste: whether you love a good old fashioned musical, or you’re a fan of Shakespeare, you’ll find something to enjoy.

If Broadway is too expensive, or nothing strikes your fancy, don’t worry. New York is also home to tons of other smaller theaters dotted around the city. These theaters are often experimental in nature, and many debut new shows that may or may not make their way to Broadway. Often, you can even catch some of your favorite stars performing in these more “downtown” venues.

The tickets are also often cheaper, which is a huge plus for those who are looking to save money.

If you’re catching up on your rest and relaxation, take a tiny break to get out and experience some of New York’s culture. Then, return back to the hotel and soak in the jacuzzi!

Little Italy, once home to a vibrant culture of Italians who had just emigrated from the old country, still works to maintain its old-world charm.

New York owes a lot to its Italian heritage. By 1930, there were 1 million Italian immigrants living in the city, and this made up 17% of the entire population. As such, you’ll want to pay homage to it by visiting one of the cultural centers.

You can nosh on authentic Italian food and purchase Italian products in this part of New York that strives to keep its old-world ambiance intact.

It would take an entire article to discuss every museum you visit in New York, so we won’t take the time to name them all individually. Let’s just say if there’s something you’re interested in, there’s something for you.

Have some fun exploring something you’ve always been interested in, or take some time to learn something completely new!

There are literally over a hundred films and television shows set in New York, and odds are one of them has a soft spot in your heart. Are you a fan of the classics, like Breakfast at Tiffany’s or Saturday Night Fever? Or are you more of a Goodfellas-type person? Or, are you a hopeless romantic who loved to spend their nights watching Sex and the City?

No matter your taste in films, there’s bound to be some spot in New York you’re dying to see due to its popularity from the cinema and television. Find your favorite spots and recreate your favorite moments.

Not everyone wants to take a ferry ride out to Lady Liberty and see her first-hand. We get it, it’s a crowded destination, as its one of America’s biggest tourist spots.

But, that doesn’t mean you should scrap seeing her altogether. Millions of immigrants came through Ellis Island, approaching the harbor with Lady Liberty watching over them. She’s an icon of the United States, and she’s worth seeing, even if you see her from the other side of the harbor.

From resting your feet to pounding the pavement, there are literally thousands of things to do in New York City. It’s a perfect place to staycation, as even if you’re a seasoned New Yorker, we bet there are parts of the city you still haven’t explored yet.

If you’re looking for a romantic getaway, a change of scenery or a place to rest your head during your stay, book a room at Avalon Hotel today. With its central location or spacious rooms, our hotel simply can’t be beaten.